Day 5 of my first Alaska cruise was neither an official “fun day at sea” nor a port day – it was the day we sailed Glacier Bay. On this day, the naturalist on board (Michelle) was more or less in charge, with John Heald’s previously oft-felt presence as CD taking a back seat. This was a nice day to rest, relax and enjoy the oh-so-glorious scenery, and that’s exactly what I did.

Glacier Bay National Park covers an astounding 3.3 million acres and there are fifteen tidewater glaciers in the park. They calve icebergs into the water on a regular basis, which is the breaking off of pieces of ice at the edge of the glacier.

The national park rangers boarded the ship early that morning. They provide guidance and there was a “Meet the Rangers” session at 7:00 a.m. but I wasn’t up in time for it. The first thing we saw when we opened the curtains that morning was the beauty of the snow-covered mountains all around us. 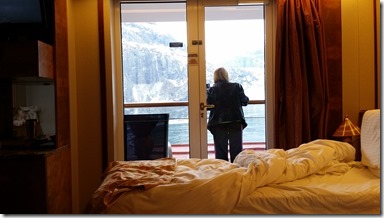 This was the day that made the upgrade to the balcony room more than worth it. It was cold outside, but not really as cold as it looked. It was a lazy day and I enjoyed sitting in the cabin or on the balcony and watching as Michelle, over the PA system, announced each landmark or spotting of wildlife. 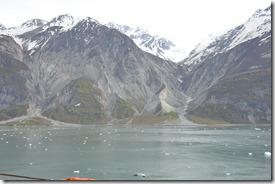 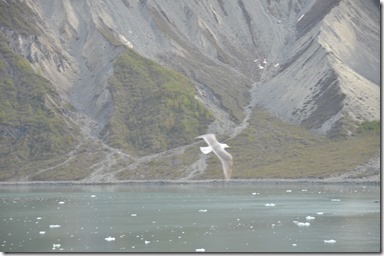 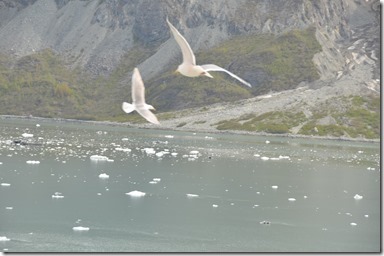 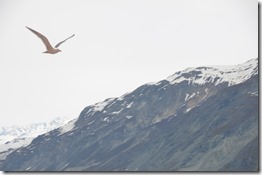 There were birds galore, chunks of ice, and of course as we got near the end of the bay, the glacier itself. 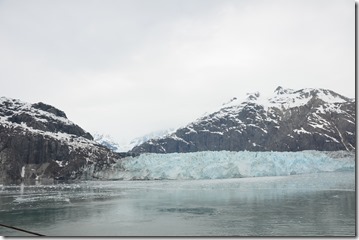 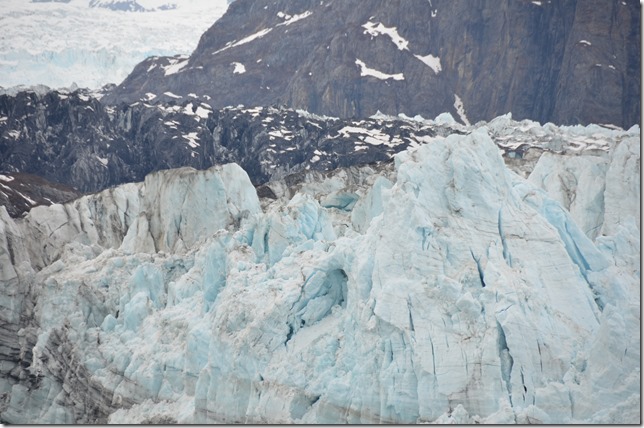 Glacier Bay was truly a day to remember. This is the part of the Alaska experience that some people call “boring,” but to me, it was fascinating.

That evening was the Gold, Platinum and Diamond party (formerly known as the Past Guest Party). We got dressed up and trekked down to the Phantom Lounge for that. As usual, there were free drinks and free appetizers. John Heald put on a good (but too short) show, recognizing those who had cruised the most with Carnival, and the Miracles band provided great music with lots of saxophones (my favorite instrument). 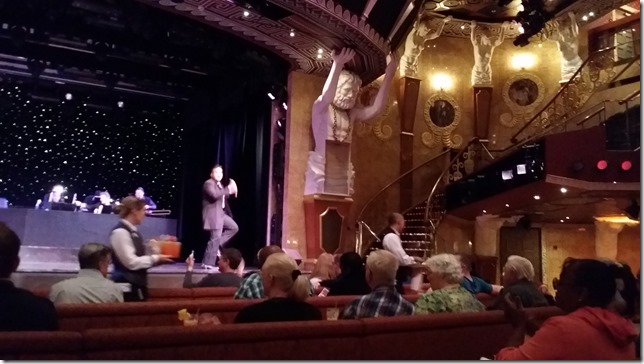 After the party was over, we made our way to the dining room, where Ferdinand and Rustem were waiting for us with our usual table. I had the black bean enchiladas and Sharon had grilled chicken and veggies.

We went walking around the ship after dinner and perused the on board shops, and I did not buy the $3000 bottle of Remy Louis XIII to take home to Tom.

We had an early day again the next day, with the ship scheduled to arrive in Ketchikan at 7:00 a.m. I was especially looking forward to my excursion there: the sea plane tour of Misty Fjords. I had only been on a small plane a couple of times in my life and that was many years ago – and it was a Cessna, which took off from and landed on concrete, not on the water. I was fascinated by the idea of the float plane and couldn’t wait to try it.

We turned in early again, soon after the beautiful Alaskan sunset. By this time, I was used to the long hours of daylight and in fact I knew that was something I was going to miss when I got back home. 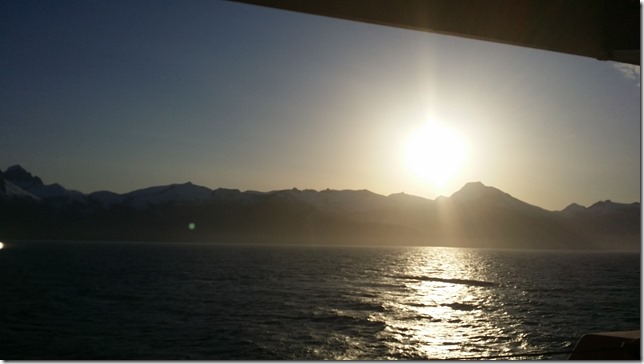 I had a feeling I would miss a lot more than that. I was absolutely smitten by our 49th state.