As I sit here today, I’m four days away from flying to Miami to board the MSC Seaside, and I’m feeling some of the same excitement with a tinge of apprehension that I felt in the days leading up to my very first cruise, which was on the Carnival Magic. That’s when I fell in love with the majesty and grandeur of the sea that can only be fully appreciated when you’re out in the middle of it on a ship with no land anywhere in sight. That was 20 cruises ago, and I’m an old hand now at cruising in general. But Seaside is not only a brand new ship (launched just a couple of months ago, in December) but also a new class of ship for MSC, and MSC is a new cruise line for me.

Being me, I’ve delved deeply into all things MSC and educated myself about this line that offers an experience differing in many ways from that of the established U.S.-based cruise lines.  In the six months since I booked, I’ve read everythi

ng on the company’s web site, have joined and become active in many Facebook groups devoted to MSC cruising, and read countless reviews on blogs and cruise fan web sites, watched videos, and otherwise done everything I could to prepare myself for this trip.

I’ve often cruised solo and enjoy having a cabin to myself, but on all of those cruises, there were always some (and often many) of my close friends, whom I’d gotten to know on past sailings, also on board. Back when I first signed on for the Seaside, a number of them also were looking at going and a couple of couples booked it.  For whatever reasons, most decided to do Carnival cruises instead and those from my close circle who had booked ended up cancelling or moving to a different cruise date for different reasons.

I forged ahead, determined not to let my comfort with Carnival override my desire for something new and different. It’s human nature to be wary of change. We humans crave the familiar (while at the same time loving new adventures — we are creatures of c

ontradiction). We don’t like to be the “newbie” or to feel stupid because we don’t know how something works or what the routines are. So we stay put. Heck, think of all the people who stay with spouses they don’t love or jobs they hate just because they’re afraid of change — and those have far more serious impact on our lives than being dissatisfied with or tired of a cruise line.

I felt like a fish out of water at first in the MSC groups. But I absorbed as much knowledge as I could, asked questions, read about others’ experiences, studied the official sites, and came to feel at home there. And over time I built up a whole new network of friends, both those who have sailed MSC many times and provided me with valuable first hand information and those who, like me, are “stepping out” and trying something new.

I joined groups for my particular sailing and got to know people who will be on board with me, made plans to meet up with them and join them for some activities. After all these months of absorbing the experiences of others on

MSC ships in general and Seaside in particular, I no longer feel as if I’m venturing into the unknown, or that I’m going to be alone in a sea full of strangers.

It helps that one of the Facebook groups I belong to includes a large number of people who are doing two back-to-back cruises (in cruiser lingo, B2Bs) on Seaside, and they’re already on board now and reporting back daily on their adventures. Those of us who are joining them this coming Saturday are hanging on their every word.

Since Seaside is such a new ship, nobody has a lot of experience with her yet. The first reviews, based on her maiden voyage inaugural transatla

ntic crossing from Italy and the Christmas and New Year’s cruises for which she arrived in Miami just in time, were not all glowing. That’s a nice way of saying there were a lot of complaints – but then, that’s been true of most new ships on their first sailings, whatever the cruise line. I remember the bad reviews of Carnival Vista on her maiden, but everything was fine when I sailed on her a few months later.

The more recent reviews of Seaside have been much better, indicating that most of the “new ship” problems have been addressed. I look at those who book the first few cruises on a new ship as similar to software beta testers. You go into it (or should) knowing that things will be missing, things won’t work properly, and things will go wrong. They call the first sailings of a ship the shakedown period for a reason. Malfunctioning electrical, plumbing and locks – which were some of the complaints from those first sailings – are issues that are common to brand new ships (or new construction buildings and homes on land).

But more and more of the complaints I’m seeing now seem to be coming from people who didn’t do their homework before they booked on MSC. This is a European cruise line – more specifically, an Italian one. Those who are used to or want “the American way” seem to be the ones who are complaining most loudly. Many of the crew came from European ships and are used to serving people of that culture. 90+ minutes for dinner in Europe is not bad service, it’s standard operating procedure. People like to savor the food, and the company, slowly and at leisure. Portions are smaller, too — people don’t generally stuff themselves like Americans do.

In Europe, people in service occupations are less aggressively friendly; it’s not that they don’t like you, it’s that they’re being professional. They wait for the customer to initiate anything more personal.  There have also been complaints about the “international” mix of passengers. The European personality is different, and European passengers might come off as rude or disinterested to those who haven’t traveled in Europe much, in the same way New Yorkers come off as rude and abrupt to many southerners who haven’t spent any time in the northeast. In Italy, people aren’t used to queuing up in lines as we do in the U.S. and U.K., thus you’ll hear a lot about all the “rude” people who break in line.

Other complaints center on the food. “Too much fish and pasta,” or “they don’t know to put sour cream on the baked potato.”  A common one is “the lunch buffet is great but the dinner buffet is pathetic.”  Again, you have to understand the culture. Going to a buffet for dinner is sort of the antithesis of the Italian dining traditions. Dinner is a time for an elegant sit-down meal in the dining room with lots of friends and lots of wine and long conversation.

The bathrooms have also been the subject of many reviews. For example:

“In a bit of a quirk, no washcloths were provided in the bathroom, even after a request to the stateroom steward.” You’ll find that quirk in European hotels that cater to Europeans, as well. Washcloths just aren’t a “thing” in Europe.

“Oddly, there is no shower curtain or shower door.” Yep, that’s pretty common in Europe, too.

“The bathroom is really cramped.”  Oh, yeah. I’ve stayed at hotels in Europe (not big American chain hotel brands) where the entire bathroom was about half the size of my shower at home (and I don’t have an especially huge shower). Hey, at least the ship doesn’t have the “squat toilets” that you occasionally see in some backroads European public bathrooms.

The above complaints are not “things wrong with the ship.” These are cultural differences. I and some others want to sail on MSC precisely BECAUSE we want that European experience. It has its drawbacks but there are also many wonderful things about it. It’s more laid back, less stressed and rushed, a little more elegant and sophisticated.  We Americans are always in a hurry. In my opinion, it’s good to slow down and get a taste of a different lifestyle for a little while. But that’s just me. 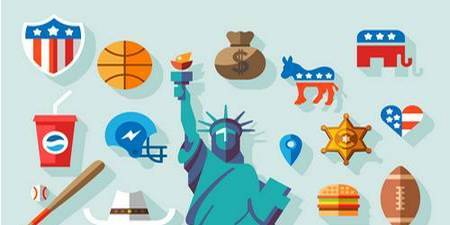 MSC is trying to

straddle a line here, to cater both to those of us who want a Euro cruising experience without having to fly across the Atlantic and to attract a new all-American market of people whose only international travel has been on a cruise ship to the Caribbean islands. It’s not an easy balancing act.

Seaside is in the U.S. but it’s still an Italian ship from an Italian cruise line and the vast majority of the company’s experience is catering to European customers – including on U.S.-based Divina. Many of Seaside’s customers are Europeans who fly over to sail in the Caribbean, too. They aren’t going to alienate that customer base by making Seaside a clone of CCL/RCL/NCL ships, nor should they. Those who want that all-American experience have all those lines to choose from. Let those of us who want something different have it.

The more reviews I read, the more I look forward to sailing on Seaside. Ironically, it’s some of the negative reviews that reinforce my feeling that I’m going to love it.

“It seems like you have to book the Yacht Club to get the best experience.”

Well, duh. You get what you pay for. Not exactly a new (or unAmerican) concept. That doesn’t mean you can’t have a great time in the lower level experiences. But if you want an all-inclusive, “luxury ship” atmosphere with a lot of pampering, then yes, you need to spend more and book the Yacht Club. Again, do your homework and know what you get with the level you booked.

One of the things that I love about MSC is that you can choose to pay for as basic or as enhanced an experience as you want. Yes, it’s a little confusing at first since no other cruise lines have quite as many different options in this regard. From (roughly) lowest to highest, the “experiences” you can book are Bella, Fantastica, Wellness, Aurea, and Yacht Club. Each experience includes different amenities, and different cabins are available to you depending on the experience.

“The entertainment is weird – a lot of opera and classical stuff.”

As I’ve been reminded by a number of people when I’ve questioned the validity of their negative reviews, I haven’t yet set foot on the ship.  Now, I don’t think that means I don’t have a right to an opinion about what they say, especially when they describe things that are just a normal part of the European experience (since I have traveled in Europe, obviously much more than many of the reviewers).  But at this point, I can’t and wouldn’t try to offer first-hand impressions of the ship, crew, food, entertainment, etc.  That won’t be the case for much longer.

Stay tuned for my daily mini-reviews while on board and a more comprehensive overall evaluation after my cruise. T minus 4 and counting …